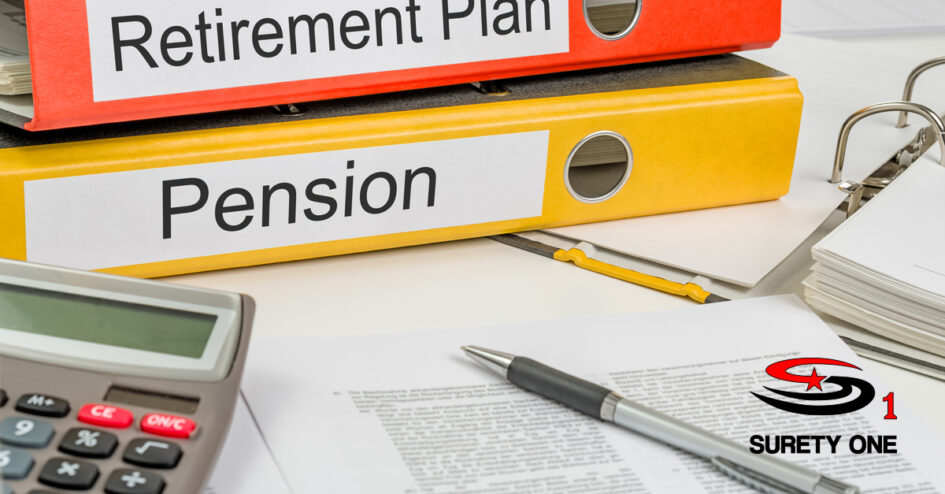 ERISA bond underwriters have generally avoided the fidelity bonding of multiemployer plans (MEPs) due to perceived risks with collective bargaining agreements and plan management responsibilities. Not to be confused with a “multiple employer” plan, an MEP is a plan for which collectively bargained terms exist between more than one employer within a particular industry or economic sector and a labor union. MEPs are often referred to as “Taft-Hartley plans” The plan design and its oversight must comply with 26 U.S. Code §414 and Department of Labor promulgated rules. An ERISA fidelity bond for multiemployer plan must be contemplated and to qualify as a multiemployer plan the following statutory criteria must exist.

Although plan management may elect to form an MEP or convert a non-multiemployer structure to an MEP, the plan must also comply with the Employee Retirement Income Security Act of 1974 (ERISA). ERISA imposes specific duties on plan fiduciaries, among them the obligation to purchase and maintain an ERISA fidelity bond for a multiemployer plan in full force and effect. The Department of Labor publishes an informative webpage that is helpful to administrators in learning about proper ERISA bond coverages and fiduciary duties. Pursuant to the Department’s circular, “An ERISA fidelity bond is a type of insurance that protects the plan against losses caused by acts of fraud or dishonesty.” With few exceptions, ALL plans must be bonded. Particular to multiemployer structures, if benefits are paid directly out of a union’s general assets an exemption from the ERISA fidelity bond for multiemployer plan requirement may be given however that is rare. Further per the Department’s circular, “A plan fiduciary must be bonded in an amount equal to at least ten percent (10%) of the funds handled in the preceding year. The ERISA bond may be no less than $1,000 nor more than $500,000, or $1,000,000 for plans that hold employer securities (ESOPs).”

The SECURE Act (Setting Every Community Up for Retirement Enhancement Act of 2019) has affected defined benefit plans including multiemployer plans. SECURE has eliminated the risk of the “one bad apple” rule (26 CFR 1.413-2(a)(3)(iv)). A non-compliant employer may be summarily removed for the protection of the pool. The law allows shifting of the assets of a plan maintained solely by the noncompliant participating employer to any eligible retirement structure for each participant in that plan. The impact is significant. It relieves part of the risk perceived by underwriters of ERISA fidelity bonds for multiemployer plans by shifting the participants’ loss peril to the non-compliant employer. MEPs will also realize new efficiencies and cost savings under the new statutory scheme. SECURE allows the filing of a single Form 5500 and accepts a single audit for compliance purposes.

An ERISA fidelity bond for multiemployer plan offers protection only for those dishonest acts of the plan fiduciaries. Third parties such as TPAs are generally not covered and must carry their own independent fiduciary liability insurance coverages. ERISA fidelity bond underwriter appetite for multiemployer plans is broadening however the policies are not yet issued “freely”. Working with an ERISA bond specialist is imperative to ensure purchase of a policy that meets federal code and DOL requirements. ¿Necesita información y/o solicitud para esta fianza de fidelidad en SU idioma? ¡Fácil! Cliquée aquí.