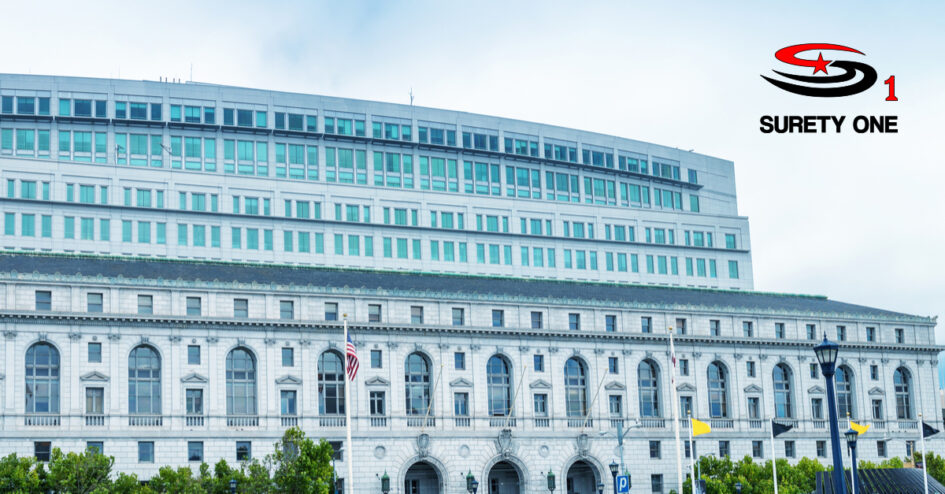 An injunction bond is generally required to secure an order of injunctive relief in the civil courts of the State of California. Pursuant to Part 2, Title 7, Chapter 3 of the Code of Civil Procedure (CCP), “(a) On granting an injunction, the court must require an undertaking on the part of the applicant to the effect that the applicant will pay to the party enjoined any damages, not exceeding an amount to be specified that the party may sustain by reason of the injunction, if the court finally decides that the applicant was not entitled to the injunction. Within five days after the service of the injunction, the person enjoined may object to the California injunction bond. If the court determines that the applicant’s judicial bond is insufficient and a sufficient surety bond is not filed within the time required by statute, the order granting the injunction must be dissolved.” Sufficiency in the context of the prevailing statute is generally affirmed when the injunction bond is issued by a surety company holding a certificate of authority from the California Department of Insurance, however objections as to bond penalty (amount of bond) can be raised by opposing counsel under the sufficiency argument.

The injunction mechanism restrains a party from exercising a legal right which may cause a wrongfully enjoined party to suffer damages. The movant is responsible for those damages. An injunction bond under California CCP guarantees that the movant will “make the enjoined party whole”. This judicial surety undertaking is generally required by court order or statute, and the bond penalty (bond amount) set at the court’s discretion. The court bond remains in effect until the court issues an interlocutory order, a permanent injunction or the preliminary order is dissolved by judge or a final judgment is issued.

A California injunction bond must be issued by a surety company licensed in the jurisdiction. Terms for a California injunction undertaking is accomplished by a surety bond underwriter with knowledge and experience manuscripting judicial surety bond obligations. Judicial bond leader, Surety One, Inc. specializes in surety bonds for federal, state and local trial courts and courts of appeals. Application submissions are reviewed and responded to within one hour of receipt. We are the most agile judicial bond underwriter in the United States. Call (800) 373-2804 or email us at Underwriting@SuretyOne.com to discuss your particular injunction bond or other litigation surety bond need.