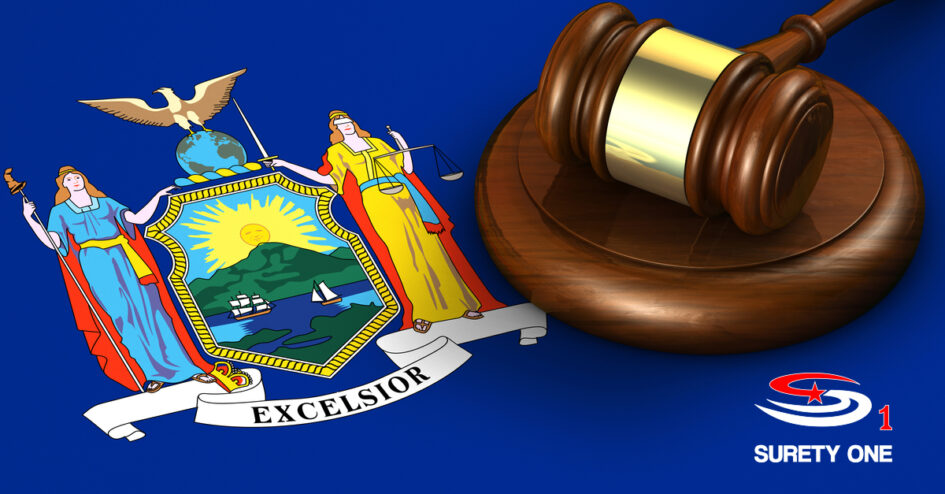 A New York injunction bond is a mechanism available to a litigant to restrain a party from specifically identified actions or conduct that are generally considered prejudicial to the opposing party.  Pursuant to CVP §6301, “A preliminary injunction may be granted in any action where it appears that the defendant threatens, is about to do or is doing or procuring to be done, an act in violation of the plaintiff’s rights respecting the subject of the action, and tending to render the judgment ineffectual, or in any action where the plaintiff has demanded and would be entitled to a judgment restraining the defendant from the commission or continuance of an act, which if committed would produce injury to the plaintiff. A temporary restraining order may be granted pending a hearing for a preliminary injunction where it appears that immediate and irreparable injury, loss or damage will result unless the defendant is restrained before the hearing can be had.” The New York injunction bond must generally be provided contemporaneously with the injunctive order.

When determining the form and amount of the New York injunction bond, CVP §6312 is instructive. “The plaintiff shall give an undertaking (judicial surety bond) in an amount set by the court, that the plaintiff, if it is finally determined that he or she was not entitled to an injunction, will pay to the defendant or party(ies) all damages and costs which may be sustained by reason of the injunction, including the following:

The penalty (amount) of the New York injunction bond is wholly within the discretion of the court but must be reasonable in consideration of the non-movant’s anticipated liability if the preliminary injunction is later found to be improper. Lelekakis v. Kamamis, 303 A.D.2d 380, 380 (2d Dept. 2003) and 7th Sense, Inc. v. Liu, 220 A.D.2d 215, 217 (1st Dept. 1995). provide some particularly instructive precedent with regard to setting the injunction bond amount.

A New York injunction bond must be issued by a surety company licensed in New York. Terms for an injunction undertaking is best accomplished by a court bond underwriter with knowledge and experience manuscripting judicial obligations. Judicial bond leader, Surety One, Inc. specializes in surety bonds for federal, state and local trial courts and courts of appeals. Application submissions receive a response from our underwriters within one hour of receipt. Surety One, Inc. is the most agile court bond underwriter in the United States. Call (800) 373-2804 or email us at Underwriting@SuretyOne.com to discuss your particular injunction bond or other litigation surety bond need.