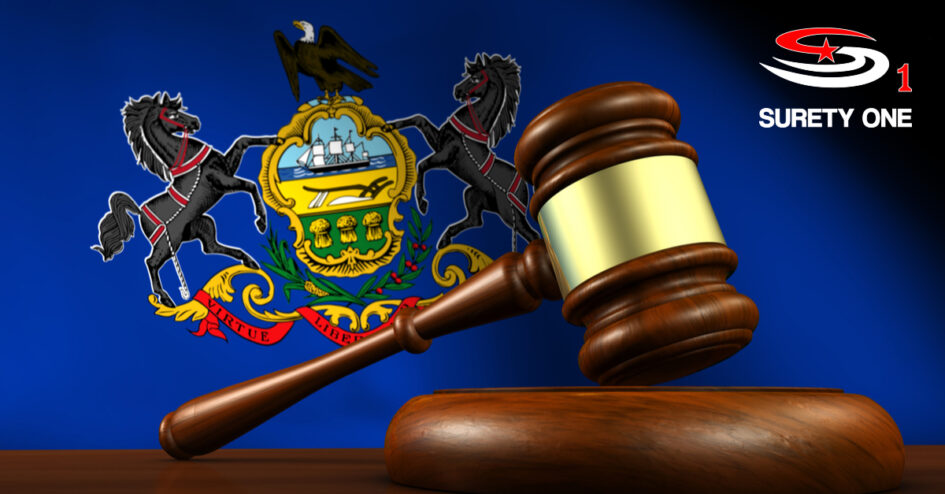 A Pennsylvania injunction bond is required by statute to perfect a preliminary or special injunction, except for those cases in which the plaintiff is the Commonwealth of Pennsylvania, a political subdivision or a department, board, commission, instrumentality or officer of the Commonwealth. Pursuant to Rule 1531(a), “The court shall issue a preliminary or special injunction only after written notice and hearing unless it appears to the court that immediate and irreparable harm will be sustained before notice can be given or a hearing held. In determining whether a preliminary or special injunction should be granted and whether notice or a hearing should be required, the court may act on the basis of the averments of the pleadings or petition, and may consider affidavits of third parties or any other proof which the court may require.”

The statutory provision identifying the Pennsylvania injunction bond is (b)(1). “the plaintiff files a bond in an amount fixed and with security approved by the court, naming the Commonwealth as obligee, conditioned that if the injunction is dissolved because it was improperly granted or for failure to hold a hearing, the plaintiff shall pay to any person injured by the injunction all damages sustained by reason of granting the same with all legally taxable costs and fees.” Sureties in civil matters must be licensed in the Commonwealth of Pennsylvania, and in some jurisdictions must appear on the civil clerk’s or prothonotary’s list of approved surety companies. A previously stated, there are exceptions to the special injunction bond requirement.

A Pennsylvania preliminary injunction bond is easy to apply for. Terms for an injunction undertaking are best prepared by a judicial bond underwriter with knowledge and experience with the styling of judicial obligations. Court bond leader, Surety One, Inc. specializes in surety bonds for federal, state and local trial courts and courts of appeals. Application submissions receive a response from our underwriters within one hour of receipt. Surety One, Inc. is the most agile surety bond underwriter in the United States. Call (800) 373-2804 or email us at Underwriting@SuretyOne.com to discuss your particular Pennsylvania injunction bond or other litigation surety bond need.

Moving for an injunction in a case in any U.S. District Court? Learn more about a federal injunction bond here.