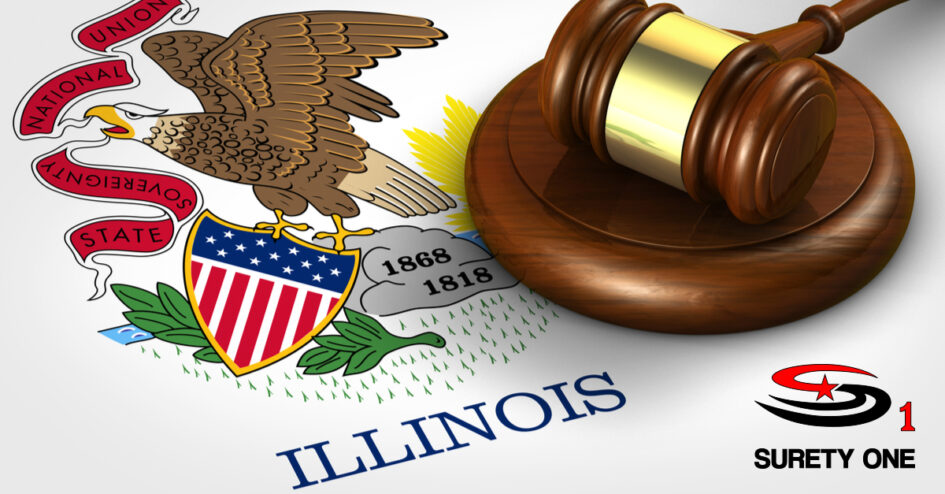 An Illinois injunction bond (a/k/a restraining order bond or preliminary injunction bond) is contemplated under Illinois Compiled Statutes, as are the requirements to obtain an enjoining or injunctive order. Per 735 ILCS 5/11-101, “A temporary restraining order will NOT be granted without notice to the adverse party unless it clearly appears from specific facts shown by affidavit or by the verified complaint that immediate and irreparable injury, loss, or damage will result to the applicant before notice can be served and a hearing held.”  These terms have been refined by case law. Relevant factors for the court’s consideration include:

The Illinois injunction bond is contemplated under 735 ILCS 5/11-103. The court in its sole discretion may require the applicant to provide a temporary restraining order bond in such sum, upon such conditions and with sufficiency as may be deemed proper by the court. The preliminary injunction bond must guarantee the payment of costs and damages as may be incurred or suffered by any party who is found to have been wrongfully enjoined or restrained. There is a sovereign exception, that no bond will be required of any governmental office or agency. The bond may be entered into before the court granting or ordering the injunction, or before the clerk of court if the court has approved the security. (Sec. 11-104) “Approval” generally means that the corporate surety issuing the undertaking is licensed in the state and/or appears on the clerk’s list of approved sureties.

An Illinois preliminary injunction bond must be executed by the surety’s authorized attorney-in-fact and licensed agent. Preparation of a temporary injunction bond is best accomplished by a court bond underwriter with knowledge and experience styling bond forms acceptable to the courts. Judicial bond leader, Surety One, Inc. specializes in surety bonds for federal, state and local courts and courts of appeals. Applications are reviewed by an underwriter within one hour of receipt. Surety One, Inc. is the most agile court bond underwriter in the United States. Call (800) 373-2804 or email us at Underwriting@SuretyOne.com to discuss your Illinois injunction bond or temporary restraining order bond need.