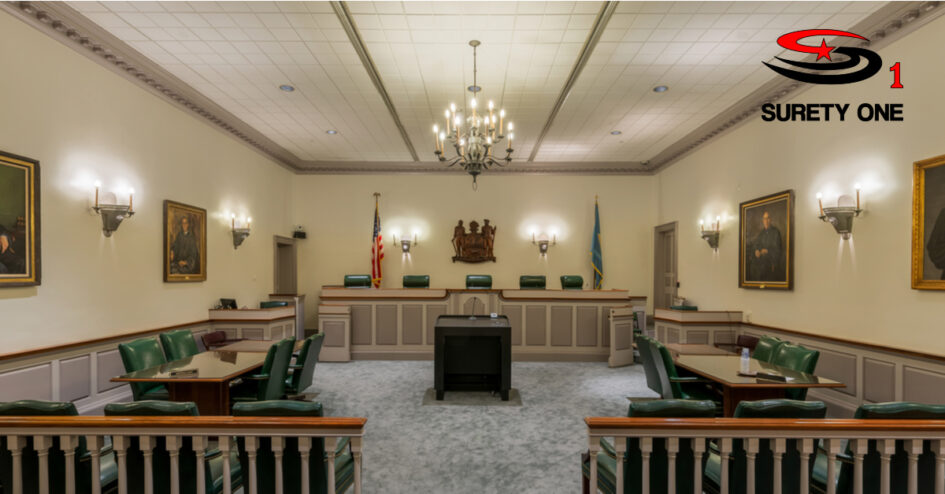 Per Chancery Court Rules, a Delaware injunction bond must be filed with the court before any restraining order or injunction will be issued. Pursuant to Rule 65, “No preliminary injunction shall be issued without notice to the adverse party, and without a prayer included in a verified complaint or a motion, therefore, filed and supported by affidavit.” There are some exceptions to the general practice of Rule 65. A temporary restraining order may be granted without written or oral notice to the adverse party or that party’s attorney only if:

Regardless of the hearing or ex parte nature of the motion to enjoin, a Delaware injunction bond must be provided. Per 65(c), “No restraining order or preliminary injunction shall issue except upon the giving of security by the applicant, in such sum as the Court deems proper. The injunction bond must guarantee the payment of such costs and damages as may be incurred or suffered by any party who is found to have been wrongfully enjoined or restrained. A Delaware restraining order bond (TRO bond) given as a condition to the issuance of a restraining order shall also constitute surety for any preliminary injunction subsequently issued and requiring security.” As a condition of acting as surety, the surety company voluntarily submits to the jurisdiction of the Court, automatically appointing the Register in Chancery as the surety’s agent upon whom any papers affecting the surety’s liability on the injunction bond may be served. The surety’s liability may be enforced on motion without the necessity of an independent action by the Court.

A Delaware injunction bond must be issued by a surety licensed in the jurisdiction of the court. Quoting a preliminary injunction bond is accomplished by a judicial bond underwriter with knowledge and experience with court bond obligations generally and with the operative Chancery Code(s) that regulate their form and sufficiency. Judicial bond leader, Surety One, Inc. specializes in surety bonds for federal, state and local trial courts and courts of appeals. Application submissions are quoted within one hour. We are the most agile court bond underwriter in the United States. Call (800) 373-2804 or email us at Underwriting@SuretyOne.com to discuss your Delaware restraining order bond or other litigation surety bond need.