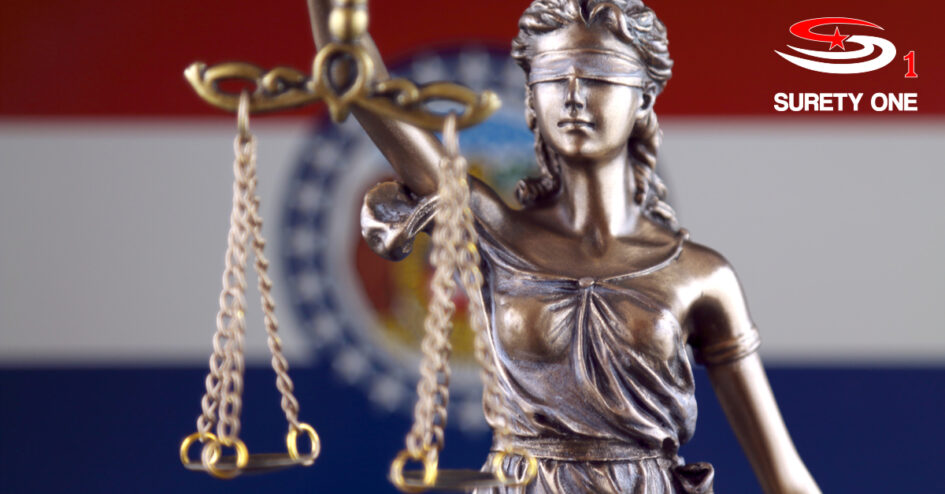 The form of the bond is very important in this state’s courts. Precedent has created a “strict interpretation of language” treatment so the Missouri preliminary injunction bond should be prepared by a judicial bond underwriter familiar with the case law affecting bond liability accrual. An injunction bond that does not include the language specified in the rule is nonetheless valid if it substantially complies with the rule’s requirements. If the terms of the bond impose conditions upon the plaintiff which are not required by the rule or which tend to undermine the protection of the defendant, such terms are void because they are contrary to the manifest policy of the law. Thus, the bond is valid to the extent it conforms to the essential provisions of the rule, but any additional undertaking will be stricken by the court. In Rubelman Hardware Co. v. Greve it was argued that a bond that was intended to comply with the injunction bond statute (which was the predecessor to the present rule) but which failed to meet the statutory requirements was a voluntary agreement to that extent, and would be enforceable only according to the law of contracts, subject to any express restrictions embodied in the injunction bond statute. The court foreclosed this possibility on the ground that an extrastatutory undertaking is without any consideration cognizable at law, and is therefore unenforceable.” (William G. Reeves, Damages Recoverable on Injunction Bonds in Missouri, 44 MO. L. REV. (1979))

A Missouri injunction bond must be issued by a surety company licensed in the jurisdiction. Quoting a restraining order bond is best  accomplished by a surety bond underwriter with knowledge and experience manuscripting obligations for filing with the courts. Judicial bond leader, Surety One, Inc. specializes in surety bonds for federal, state and local trial courts and courts of appeals. Application submissions are reviewed and responded to within one hour of receipt. We are the most agile judicial bond underwriter in the United States. Call (800) 373-2804 or email us at Underwriting@SuretyOne.com to discuss your Missourty injunction bond (temporary restraining order bond) or other litigation surety bond need.