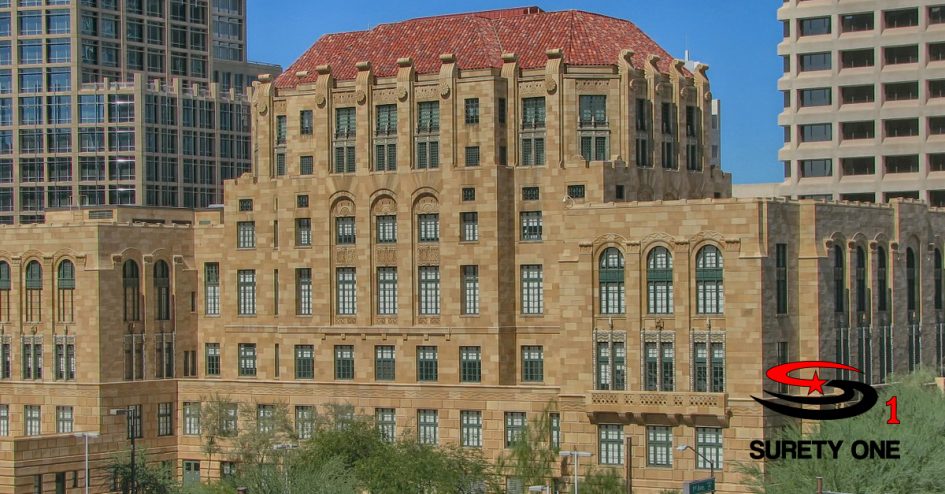 Taking an adverse verdict in the Arizona trial courts can lead to immediate collection actions by the prevailing party. An Arizona supersedeas bond is an instrument available to appellants which can effectively stop all judgment enforcement activity. Under the Arizona Revised Statutes, Rules of Appellate Procedure (Rule 6.), “an appellant may file a supersedeas bond in the trial court in an amount equal to the judgment and costs. The supersedeas bond may be filed before or after the filing of the notice of appeal. A stay of execution ont the judgment is effective when the surety bond is filed. The bond must guarantee that the appellant or a cross-appellant prosecute their appeal AND satisfy any judgment which may be rendered against them on the appeal.” If the supersedeas bond is filed after an order of execution has been issued, then the court must immediately recall the same. In setting the bond penalty (amount) of the surety bond the courts generally follow the “judgment + costs” formula however the Rules do allow the courts some discretion. The case of City Center Executive Plaza, LLC v. Jantzen, is instructive. The Arizona Appeals Court found that, “Under A.R.S. § 12-2108(A) and (B), absent a finding that an appellant is intentionally dissipating assets, a supersedeas bond must be set at the lower of the “total amount of damages awarded,” fifty percent of the appellant’s net worth, or $25 million. Citing extensive Arizona authority, the Court held that the term “damages” does not include attorneys’ fees, based on that term’s “peculiar and appropriate meaning in the law.” Rule 6(a)(4) Powers of the Superior Court Not Limited further supports discretionary judicial authority by codified law.

In conjunction with the judgment plus costs language a surety company issuing an Arizona supersedeas bond submits itself to the jurisdiction of the trial court and appoints the court as its agent for the receipt of service of legal process. The surety may be obligated to fulfill its obligation on motion without the necessity of an independent action. The motion and notice of the same may be served on the court who in turn must mail copies to the surety at its last known address. Generally a supersedeas bond filed in the Arizona court system must be countersigned by an insurance agent with a current power of attorney filed with the clerk of superior court in the jurisdiction of the filing.

Obtaining an Arizoaa supersedeas bond is a simple process with us. We require a complete surety bond application, and a copy of entry of judgment from which the appeal is being taken. These two items are sufficient for us to offer a premium quote (bond cost). The underwriting of supersedeas bonds is best accomplished by a surety specialist with knowledge of judicial proceedings. Surety bond leader SuretyOne.com specializes in court bonds. An Arizona supersedeas bond request is reviewed and responded to within one hour of receipt of the same. We are the most agile court surety bond underwriter in the United States. Call (800) 373-2804, or email us at Underwriting@SuretyOne.com for a supersedeas bond application or for any court bond need.