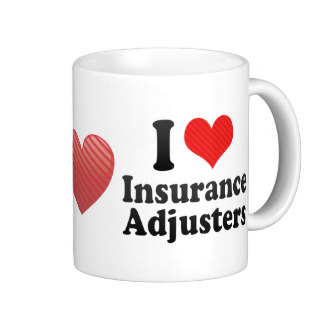 Effective November 1st, 2015 the Commission of Insurance will require an enhanced Oklahoma Public Adjuster surety bond in the amount of twenty five thousand dollars. The new bond penalty has been increased from ten thousand dollars. The law requires that the surety bond be “written in favor of the people of the State of Oklahoma and executed by a surety company authorized to do business in the state. The total aggregate liability on the bond may be limited to the payment of twenty five Thousand Dollars ($25,000.00) and be conditioned on the accounting by the adjuster to any insured whose claim the adjuster is handling for monies or any other settlement received in connection with the claim. The obligation must remain in force concurrently with the license, until the surety is released from its liability by the Commissioner, or until canceled by the surety. Cancellations are statutorily effective upon thirty (30) days’ advance notice in writing filed with the Commissioner. The new law also places new restrictions on public adjusters, as follow:

•An adjuster man not charge more than 10 percent of a non-commercial claim after a disaster.
•An adjuster must hold any insurance proceeds on behalf of the policyholder in trust, in a non-interest bearing account in a FDIC-insured bank.
•Records must be retained for at least five years and are subject to inspection by the Commissioner.
•An “emergency adjuster” license may be granted (public adjuster surety bond not required).
•Unlicensed adjusting will be considered a misdemeanor violation.

Oklahoma grants temporary licenses to adjusters after a catastrophe event. Resident and non-resident license applicants must meet all statutory licensing requirements and file an application through the NIPR system. An examination is required however non-residents who hold a similar adjuster license and have passed the appropriate in-state examination are exempt. Effective July 31st, 2014, so that adjusters that work in the property market have the expertise to service claims, the OID has made a rule change that will require at least one hour of continuing education on Earthquake coverage per license period. The Commission began enforcing the new rule on January 1, 2015.

Oklahoma surety leader, Surety One, Inc. is a specialist in the bonding needs of independent and public adjusters.  We offer both surety and fidelity bonds needed by these professionals in ALL fifty states, Puerto Rico and the U.S. Virgin Islands. Visit us at SuretyOne.com, call (800) 373-2804, or email us at Underwriting@SuretyOne.com for an Oklahoma public adjuster surety bond application or information on ANY surety bonding need.