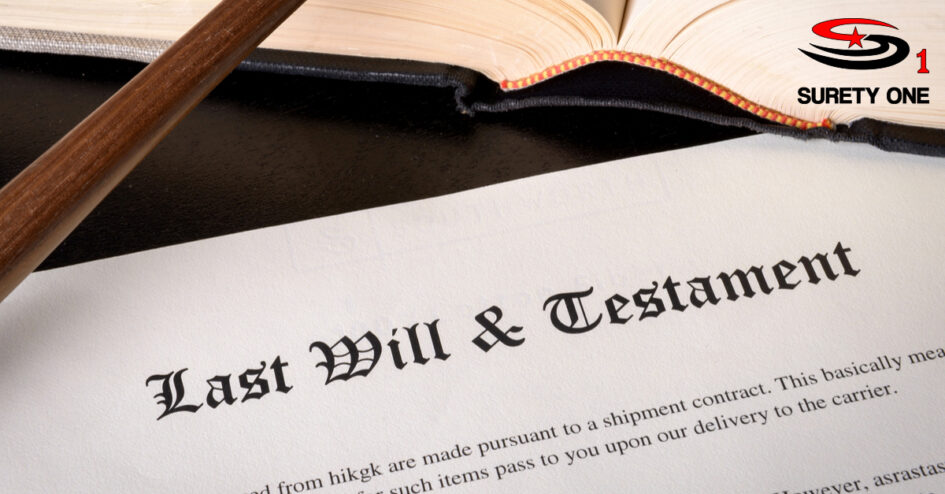 One of the nations’ foremost legal research groups, the National Legal Research Group, Inc. regularly publishes timely pieces on cases at law that impact surety bond professionals that underwrite fiduciary bonds for probate proceedings. Senior Attorney, Jim Will has written a most excellent review of the Arethra Franklin probate matter which is illustrative of a conflict in naming a personal representative under a personal representatives and multiple wills scenario (“Multiple Wills-Reconciliation-Choice of Personal Representative“, The Lawletter vol. 46, no.1, Jim Witt).

Writes Witt, “When Aretha Franklin, the Queen of Soul, died as a result of pancreatic cancer at age seventy-six, no will was filed. Her family believed that she had died intestate. If that had been the case, her net estate would have simply been divided under Michigan law into four equal shares, one for each of her sons, Clarence, Edward, Ted, and Kecalf. In May 2019, however, the family discovered three wills written by Franklin, two from 2010 were found in a locked cabinet, and one from 2014 was found in a spiral notebook left under a couch cushion. The wills seemed fairly evenhanded as among the four sons, but there were questions raised as to the documents’ validity by a number of contradictory provisions and the problem with deciphering some of the writing, not to mention numerous underlinings, strikeouts, and marginal notes; much of the writing seemed to be in a stream of consciousness mode. The wills were detailed as to intended bequests and allowances. A major problem arose as to the appointment of a personal representative for the estate. At first, the four sons agreed that their cousin, Franklin’s niece and confidante, Sabrina Owens, would serve as executor. But then, in May 2019, Owens’s and Franklin’s longtime attorney, David Bennett, announced that one of the 2010 wills and the 2014 will expressed Franklin’s wishes as to whom she wanted to manage her estate; one of the 2010 wills nominated Owens and Franklin’s son, Ted. In Spring 2020, following a hearing, Owens resigned, and an attorney, Reginald Burns, who was slated to become president of the American Bar Association, became temporary personal representative.”

In the surety business, underwriting a personal representative bond becomes more complicated where there are questions about a prevailing will. A big “red flag” for underwriters is the need for a  replacement fiduciary, as in the instant case. The fiduciary bond underwriter must clearly understand the nature of the obligation for which the surety will assume liability. Cases such as this are clear ONLY if there is not conflict or disagreement between the heirs as to who will ultimately manage the estate. The acceptance of attorney Burns’ to act as the fiduciary further reduces surety’s risk.

Underwriting of personal representative bonds requires review by a surety specialist with knowledge about probate law in the jurisdiction where the bond will be filed and experience with fiduciary obligations generally. Surety bond leader, Surety One, Inc., specializes in fiduciary bonds. We offer probate bonds in all fifty states, Puerto Rico, Canada and U.S. Virgin Islands. Application submissions are reviewed and quoted on the same day as they are received. We are the MOST RESPONSIVE surety bond underwriter in the business. Call (800) 373-2804 or email us at Underwriting@SuretyOne.com for a bond of a personal representative or any fiduciary bond need.