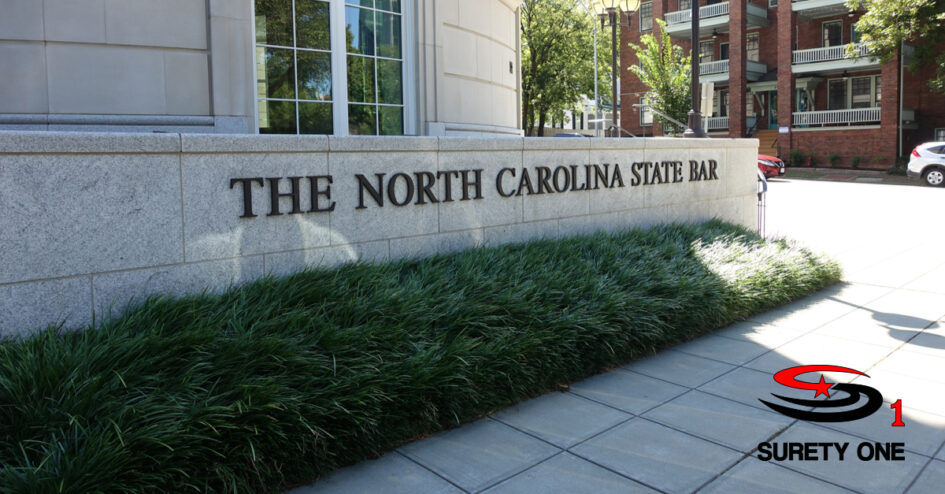 A North Carolina preliminary injunction bond and bond to secure a temporary restraining order are synonymous under N.C.G.S. §1A-1. Rule 65 is the operative statute of the injunction/TRO mechanism and the surety bond requirements thereof. Per Rule 65.(c), “No restraining order or preliminary injunction shall issue except upon the giving of security by the applicant, in such sum as the judge deems proper. The North Carolina injunction bond must guarantee the payment of such costs and damages as may be incurred or suffered by any party who is found to have been wrongfully enjoined or restrained. The State of North Carolina or of any county or municipality thereof, or any officer or agency thereof acting in an official capacity are parties that are exempt from the North Carolina temporary restraining order bond requirement however damages may be awarded against government parties pursuant to this same rule. In suits between spouses relating to support, alimony, custody of children, separation, divorce from bed and board, and absolute divorce an injunction bond will not be required of the plaintiff spouse as a condition precedent to the issuing of a temporary restraining order or preliminary injunction enjoining the defendant spouse from interfering with, threatening, or in any way molesting the plaintiff spouse during the pendency of the suit subject to any modifying order(s) of the court. Damages may be awarded against the party seeking injunction pursuant to this statute.

In North Carolina, civil procedure also addresses the injunction bond requirements when a court vacates or denies a motion to restrain or enjoin. §1-500 states, “Whenever a plaintiff appeals a judgment vacating a restraining order previously granted, or denying a perpetual injunction in any case where such injunction is the principal relief sought by the plaintiff, and where it shall appear that vacating the restraining order or denying injunction will enable the defendant(s) to accomplish the threatened act that the plaintiff sought to restrain before an appeal can be heard so that the plaintiff will be deprived of the benefit of any judgment of the appellate division reversing the judgment of the lower court, then the original restraining order granted in the case may within the discretion of the trial judge remain in effect during the pendency of the appeal PROVIDED that the plaintiff files an injuction bond (“indemnifying bond” per statute) with sufficient surety, approved by the clerk or judge, in an amount to indemnify the enjoined  party against all loss up to the penal sum of the North Carolina injuction bond, which he or she may suffer on account of continuing restraint in the event that the judgment of the lower court is affirmed by the appellate division. (1921, c. 58; C.S., s. 858(a); 1969, c. 44, s. 12; 1971, c. 381, s. 12.)

A North Carolina preliminary injunction bond is easy to request. Terms for a temporary restraining order bond are best prepared by a judicial bond underwriter with knowledge and experience with the styling of judicial undertakings. Court bond leader, Surety One, Inc. specializes in surety bonds for federal, state and local trial courts and courts of appeals. Application submissions receive a quote within one hour of receipt. Surety One, Inc. is the most agile surety bond underwriter in the United States. Call (800) 373-2804 or email us at Underwriting@SuretyOne.com to discuss your particular North Carolina preliminary injunction bond or other litigation surety bond need.

Moving for an injunction in a case in any U.S. District Court? Learn more about a federal injunction bond here. Attorneys, follow Judicial Bonds on Twitter at https://twitter.com/CourtBondSurety.